The place to be for Olympic sailors

From April 18th to 25th 2020, just three months away from Tokyo Olympic Games, Hyères will welcome once again the world’s best Olympic sailors. A last test in France before the great summer rendez-vous in Japan. 52 years after its first edition, the Semaine Olympique Française has become one of the unmissable events for Olympic sailing

All the Olympic classes on the water

Once again the Hyères event will gather the best Olympic sailors, who will fine-tune ahead of Tokyo 2020. All the 10 Olympic classes will be represented: RS: X (men and women), Laser (men), Laser Radial (women), Finn, 49er (men), 49er FX (women), Nacra 17 (mixed), 470 (men and women). The international crews will compete on racing areas which are both technical and tactical, known for its strong east or west/north west (Mistral) winds, but also for its light and variable thermal breeze. The French Sailing Team will obviously be in the match to defend its colours on home waters. Last year Charline Picon won in the windsurf (RS : X) event, while Thomas Goyard was runner-up in the same class for men.

If Tokyo 2020 will be on everyone's mind next April, the French Sailing Federation (Fédération Française de Voile) is already working for Paris 2024. So much that two new classes will be invited to Hyeres as special guests: wind-foilers and mixed 470's. These classes have been confirmed in Marseille for the 2024 Olympics, and therefore need to be integrated in the Olympic circuit as soon as possible. Besides the technical aspects, they will introduce a new dynamic show for the greatest delight of the fans and spectators in Hyères, watching the racing or visiting the race village .

Over 600 athletes in total, from 60 different countries will be in Hyères-Les-Palmiers.

"TheSemaine Olympique Françaisewill celebrate its 52nd edition in 2020. For many years, the races and the organisation have been recognised at an international level and the last editions have further confirmed this legacy and know-how. I want to thank all the people who work hard for the success of this event and especiallyRégis Bérenguier,who passed away recently, who has been one of our best assets.

We work to make this rendez vous groundbreaking for Olympic sailing and a real celebration for local people. That is why we will keep on developing the onshore structures whilst inviting new Olympic classes.

Unfortunately, we will not be able to welcome the Offshore Mixed Double class this year because the fleet will not be available, but thewind-foilers and the Mixed 470 will be in the spotlight., Spurred on by our country, Olympic sailing has moved forward, and we will be among the first one to showcase the new classes" DeclaredNicolas Hénard 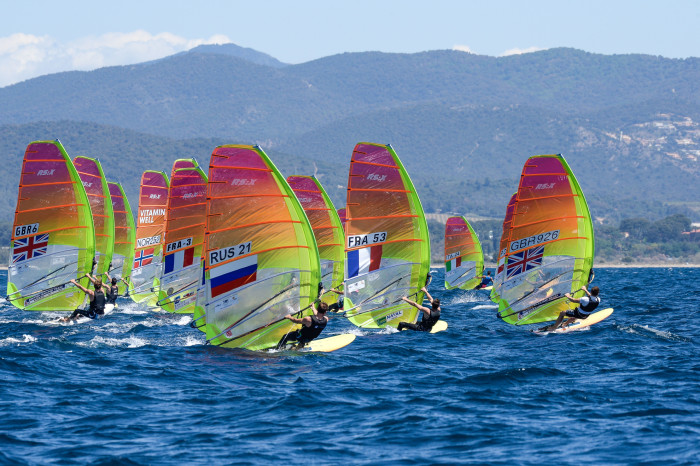